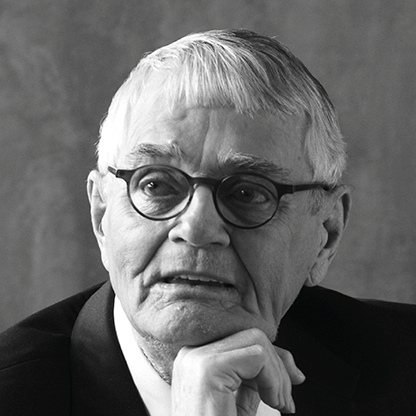 Charles Pollock was born in Philadelphia, Pennsylvania, in 1930. As a young child, he moved with his family to Toledo, Ohio, before settling in Detroit, Michigan. In 1944, Pollock entered Cass Technical High School where he received a comprehensive education in Academics and Art and Design. Other notable Cass Tech alumni include: singer Diana Ross, actor Ellen Burstyn, comedian Lilly Tomlin, automobile designer John De Lorean and designer Harry Bertoia.

When Pollock was 16, his family relocated to Muskegon, Michigan, and he remained in Detroit to finish his studies, living on his own in a small boarding house. Pollock spent two weeks each month working for the Chrysler Corporation and attended school the other two weeks. While at Chrysler, he produced visual aids and worked on the production line gaining valuable experience in the process of manufacturing products.

As one of the “star” students at Cass Tech, Pollock won poster contests and numerous awards. With Cass Tech as his advocate, Pollock received a full scholarship to the School of Art and Design at Pratt Institute in New York. The Pratt Institute focused Pollock on the disciplines of sketching and model-making. After sketching his ideas, Pollock would make wire models that would be altered numerous times until he was satisfied with the design.

While touring Pratt, distinguished industrial designer George Nelson was impressed by one of Pollock’s sculptures. Pollock then went to Nelson’s studio and presented him with the sculpture as a gift, expressing his desire to work for Nelson when he graduated. After graduating from Pratt, Pollock was drafted into the Army and stationed at Fort Benning, Georgia. During his time in the Army, he was selected to be the art director of Infantry Magazine, and his painting “Boot” became the cover. He also taught a series of art classes on the base.

Upon his return to New York, Pollock’s first job was designing products and interiors for Donald Deskey, the acclaimed designer of Radio City Music Hall. He then had his opportunity to work for George Nelson where he perfected the art of swaging, a technique he had started developing as a student. In 1958, the Swag Leg Collection for Herman Miller by George Nelson was introduced, consisting of approximately 10 pieces.

Pollock left the Nelson office to open his own studio in Brooklyn where he could make models and full-scale prototypes. Due to the success of the Swag Leg Collection, Florence Knoll took note of his designs and began a relationship with Pollock, which produced his first product for Knoll, the 657 Sling Chair. After its release in 1960, Florence Knoll made an investment in the young designer, giving him twenty dollars a month for rent and a small development allowance to continue working on new products.

Pollock spent the next five years developing a new concept and production method for office seating, culminating in the release of the Pollock Chair in 1965. The chair was notable for his patented invention of rim technology and the simplicity of its assembly. When it was released, the chair was an instant success and became a visual symbol of the modern workplace. The Pollock Chair went on to become one of the best-selling office chairs in history and spawned numerous copies over the years. The original Pollock Chair is still produced by Knoll.

Florence Knoll retired in 1965 which marked the end of an era in modern design. Pollock subsequently turned his attention to Europe, where he spent many years skiing, sculpting and painting. He continued to devote his life to design, and in 1982, he introduced the award winning Penelope Chair for the Italian company Castelli. The Penelope Chair was a major breakthrough because it was one of the first passively ergonomic chairs produced with simple parts.

Pollock’s designs were governed by two principles. Creatively, he favored a continuous curved line when sketching ideas and creating forms. The second principle was that any product must be visually attractive, functional, and affordable. His designs were technically advanced, yet easy to manufacture at a reasonable price. Pollock is the recipient of the IBD Bronze Medal Award, the Dutch Institution for Industrial Design and Pratt Institute’s Excellence by Design Award. His work is exhibited in many museums around the world.

In 2012, the 82-year-old Pollock introduced his first new product in America since the debut of his iconic Pollock Chair forty-seven years earlier. Pollock’s new collection CP Lounge was commissioned by Bernhardt Design. 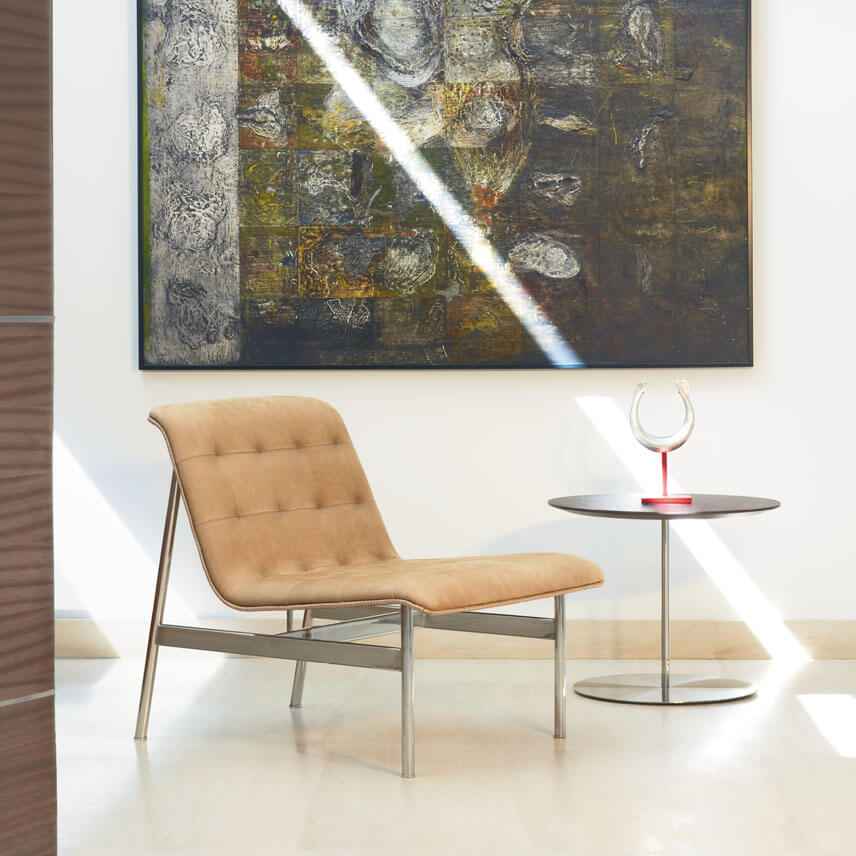 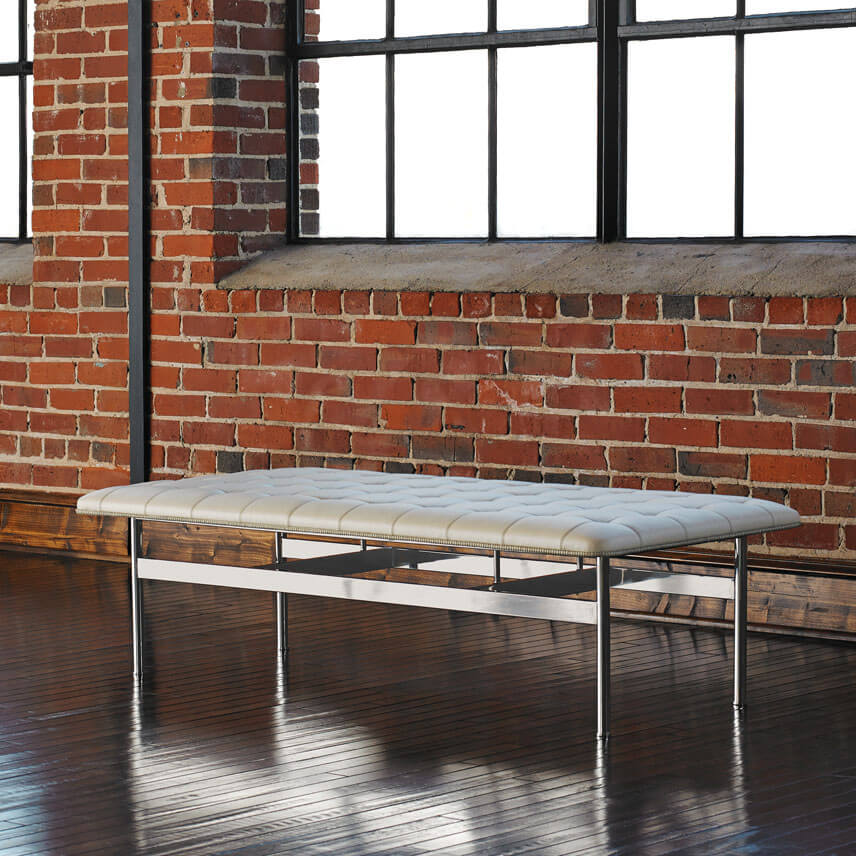 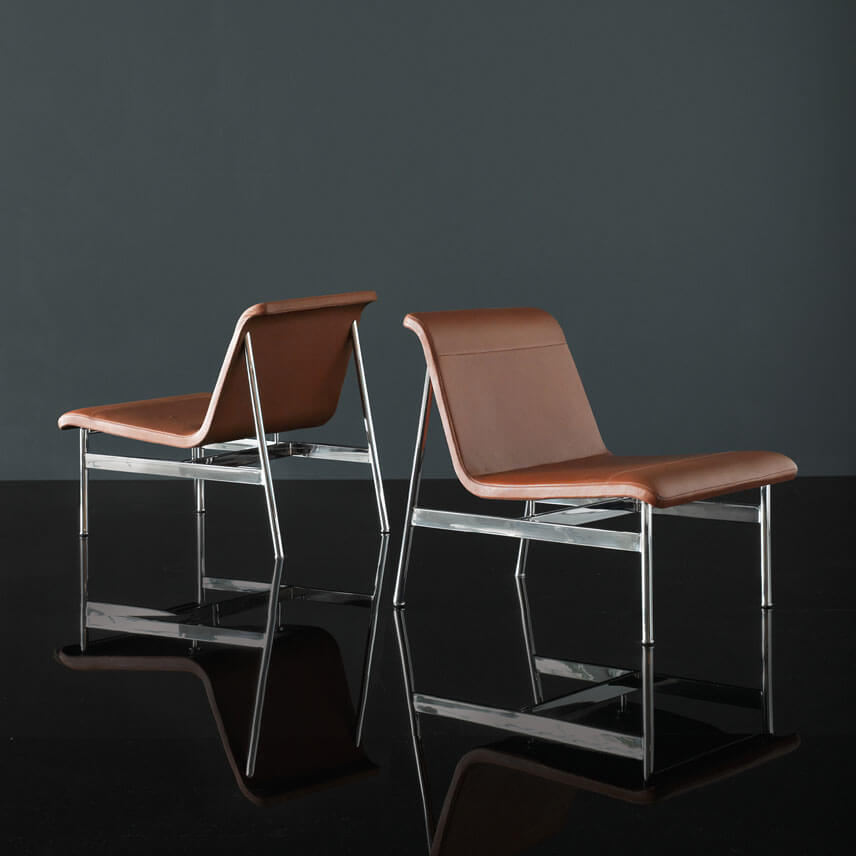 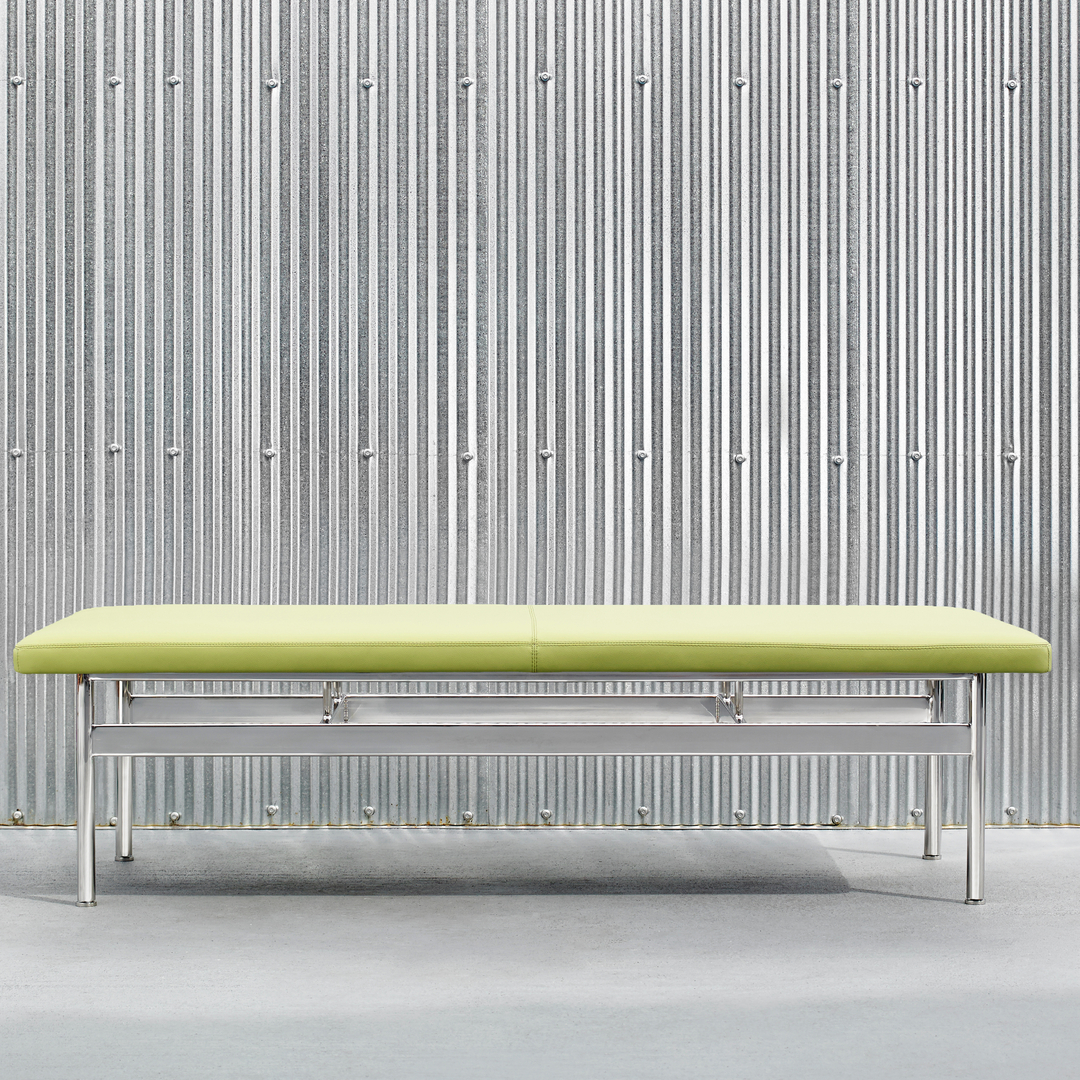 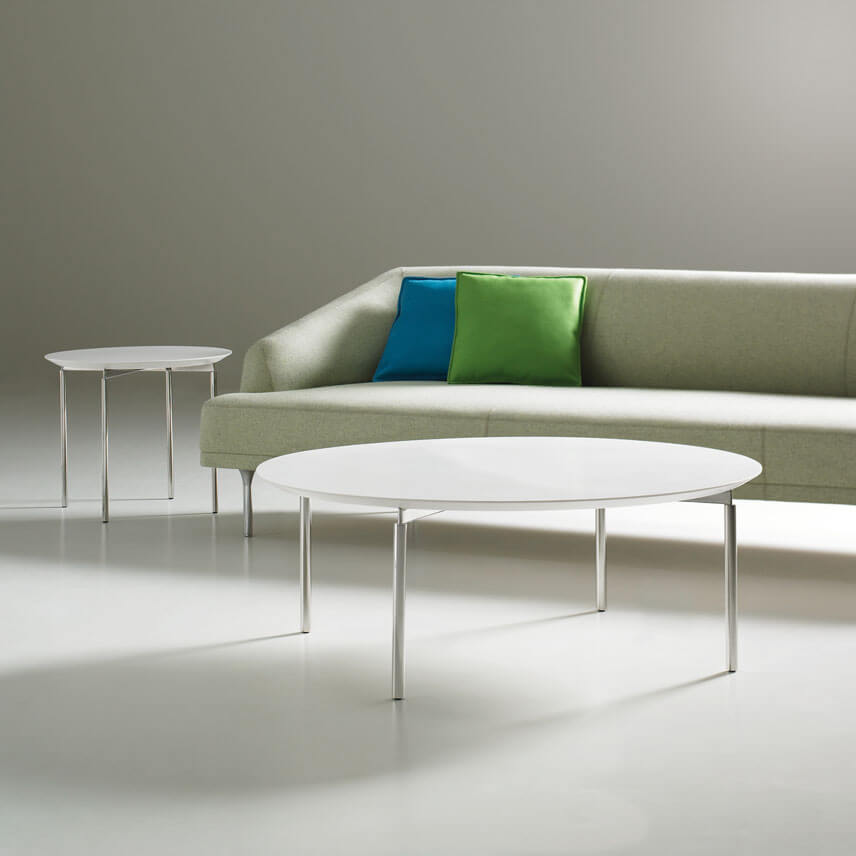 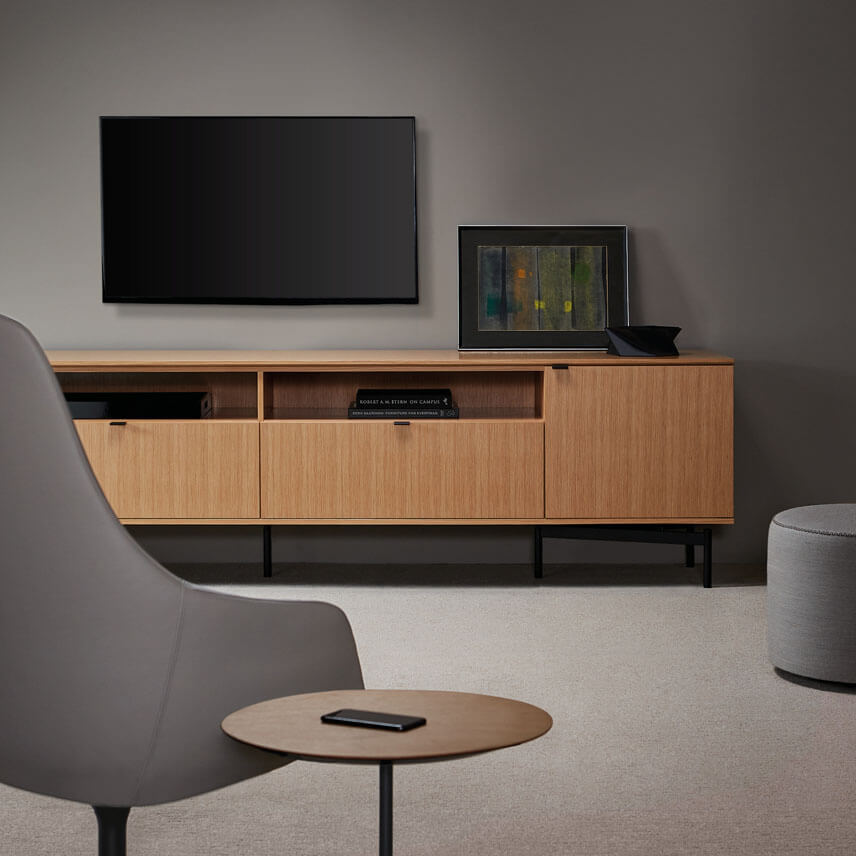 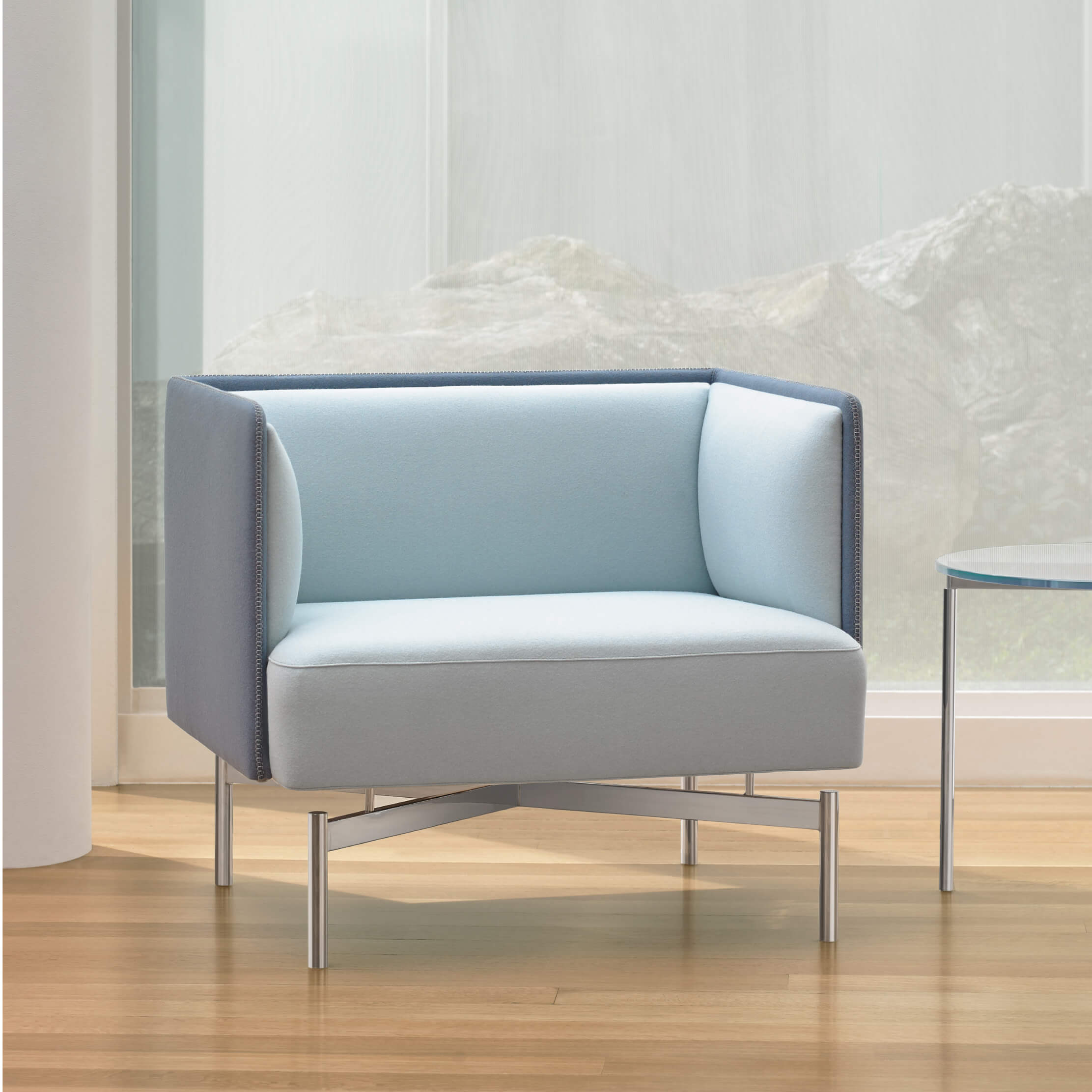